Rebecca and Mauricio wanted to create a truly special experience for their wedding guests so they decided to have a destination wedding in Rincon, Puerto Rico. The two have been coming to Rincon with their core group of friends for years. We love that they wanted to share the magic of Rincon with their family and friends. While their wedding was beautifully put together with tropical floral arrangements and an arbor that was modern and elegant the focus of their wedding weekend was more about making memories with friends than on fussing over details.

We kicked off their weekend with a sunset hangout on Sandy beach. The vibe was mellow and upbeat with new friends and family being introduced and old friends catching up. A large part of their wedding group had been delayed in the JFK airport in New York for 12 hours because of a large thunderstorm. They shared stories about their time in transit and how that bump in the road became part of their adventure. Thats really the thing about destination weddings they are adventures filled with unplanned moments and memories that last a lifetime.

We must talk a little about the Horned Dorset Primavera, the backdrop for Rebecca and Mauricios epic destination wedding in Rincon, Puerto Rico. This neo-Spanish revival style oasis on the coast of Rincon is a drop of luxury in an otherwise casual and wild town. The Horned Dorset is nestled between the beach and the jungle on a small road in southern Rincon. The area is mostly residential with a small houses dotting the pristine coastline. The venue is tucked away and feels more like you are staying in a private mansion villa than at a resort. Celebrities like Benicio del Toro and Bjork often choose to stay in these private villas when they visit Rincon. Back in 2011 Shania Twain and Frédéric Thiébaud tied the knot on the beach in front of the Horned Dorset.

The 39 villas feature marble floors, mosaic tiling and antique moroccan architectural details. We love the presidential suite where our bride, Rebecca had her hair and makeup done before the ceremony for its opulent details but mostly for the beautiful natural light that is available within the space. For photography light is everything and the small wooden shutters that open onto the wrap around veranda are so much fun to play with. By opening and closing the shutters we are able to control where the light falls within the space. It is unusual to have so much control over the natural light in a room and we love taking advantage of it when we photograph Horned Dorset weddings.

…a beautiful moment that truly showed the unity between friends and family that was created on their wedding day.

Following the wedding ceremony guests were treated to a five course meal curated by the Chateau Rose, the Horned Dorsets five star restaurant. The evening festivities were high energy with the priority being on fun over formalities. Even Mauricios dance with his mother was up beat and set to an epic dance track. At the end of the night the couple thanked their guests and the DJ played the last song “Lean on Me” by Bill Withers. All the guests linked arms in a circle can sang along. It was a beautiful moment that truly showed the unity between friends and family that was created on their wedding day. 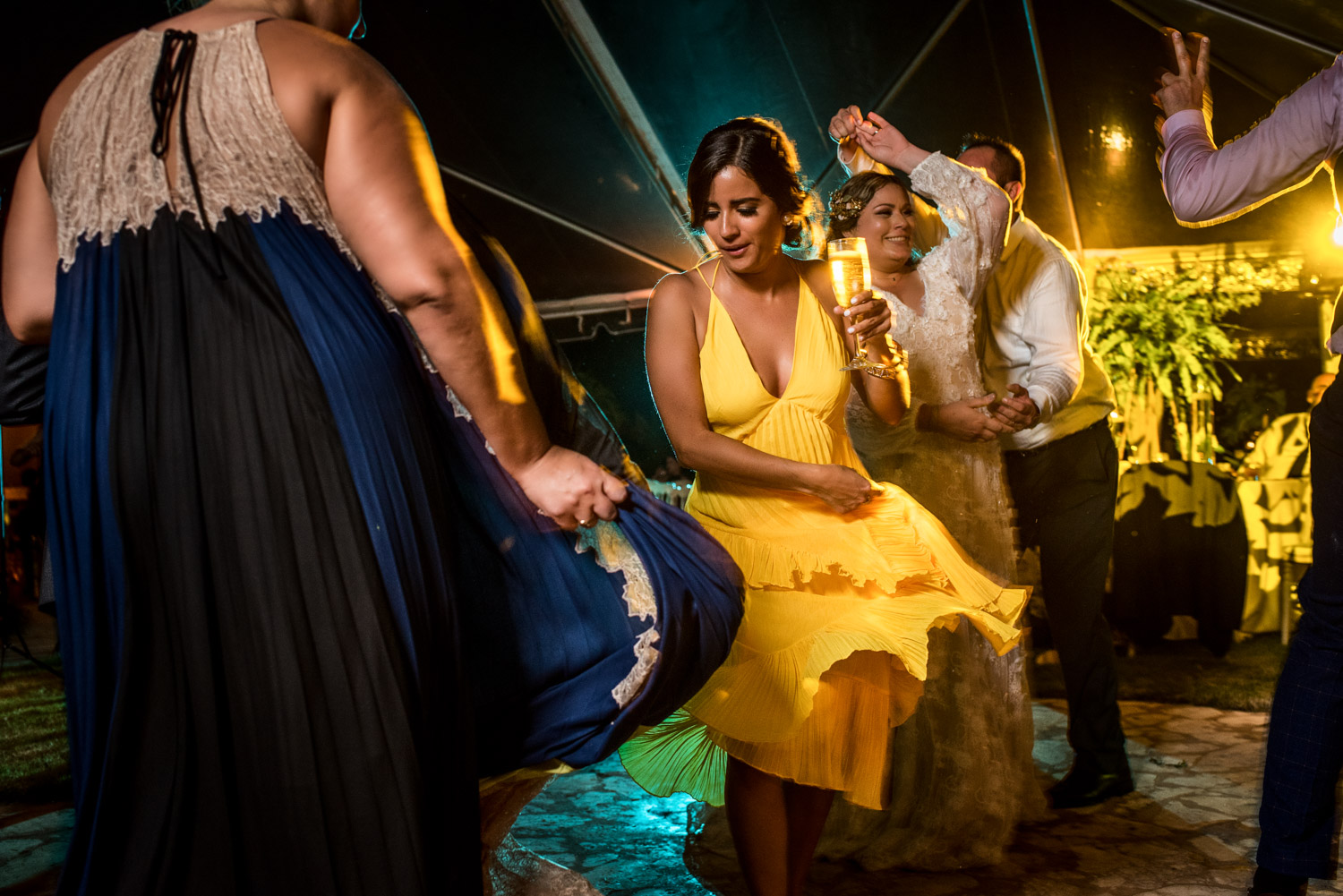 Every frame is so amazing!1 Your composition and use of light always blow me away.

Such a beautiful wedding! And all the getting teady shots absolutely amazing!

These photos are stunning love the creative angles for this wedding!

The detail of these really bring you right to that moment. You were able to capture so much of the emotion and beauty of that day. I’m sure this couple is doing backflips over these!

these are so good!! you captured them so uniquely and the photos are so powerful

Oh wow! These are just incredible. You truly captured the story of their day beautifully. Your style is so intense and unique and the photos are empowering. Your images truly inspire me. And can I just say this location in Puerto Rico is just phenomenal! Loving every bit of this wedding!

Okay, these are absolutely killer! I love the way you capture motion and utilize light in your photography.like what the heck! All the shadow play and soft light! you capture so much emotion too and I like the different angles you work.

Thank you so much Sam! We had a ton of fun at this one working with interesting light 🙂

Holy wow, i love the dramatic photos so much. That use of light is amazing! You told their day well, friend!

You May Also Enjoy
Uncategorized

BACK TO TOP
© 2018 HASTAINDAVIS.COM
Wedding Photographers